This post written for The Red Dress Club's memoir meme.
(My first ever... deep breath)

********************************
My parents got divorced when I was pretty young, 3rd or 4th grade. For the first few years after the divorce, my  younger brother and sister and I would spend weekends with my dad at his apartment. There weren't any other kids around, so we pretty much had to play with each other. We'd watch movies on my dad's VCR, wander through the small patch of trees behind his apartment that, to us kids, seemed like an entire forest. Or we would stay inside and play board games. One of our favorites was Clue. 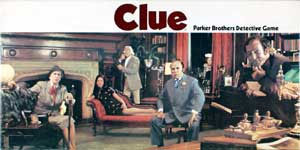 My sister and I always fought over who got to be Miss Scarlet. (Look at that box. Is there any other character a little girl would want to be?) The game board had pictures in each room of the flooring or other textures that would appear in the room, like a book cover for the library, or green felt in the billiard room. 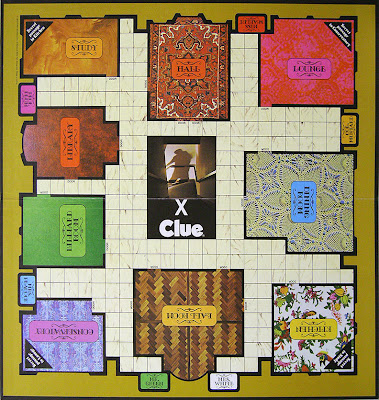 As kids, there wasn't much strategy in our method of play. We chose which room to go to next because we liked the picture, such as the cool flooring in the ball room, or the hall rug. Once we discovered that a billiard room had pool tables, we liked that room a lot, too. Nobody liked the ugly kitchen, except that it had one of the four secret passages, which seemed about like the coolest thing in the world. Our weapon choices were also based on which were the most fun. Candlestick and revolver were big hits; lead pipe and a little plastic rope, not so much.

Sometimes we would get my dad to play with us. These games were always significantly shorter than the kid-only versions. We were always amazed at how quickly he could figure out who did it! You see, my dad never let us win. Never. He didn't even go easy on us. He just played the game, and even though we were three kids under ten, he played just the same. And he always won.

I cannot remember anything about that game. I don't know who did it, with what, or in what room. I don't remember if my brother or sister were playing with us. But I remember the feeling. I remember feeling so proud of myself, of what I had accomplished. Up until that moment, it seemed impossible for me to ever beat him. And then it suddenly became possible. I had done it.

These days, I never let my four year old win the games we play. Sometimes he gets frustrated and tries to instruct me where to put my X in tic-tac-toe, realizing that he's about to lose. But he has already beaten me at Memory, and I hope that I am building in him the same sense that he can fail over and over again, but if he keeps at it, he will eventually prevail.

I so remember that board and those exact same reasons for making choices. I love that your dad never let you win.

Fun post. Clue is such an intricate game. I don't remember it being so difficult as a kid, but I tried to play it with my kids a few months ago and had to modify the rules so everyone could play. You were a smart one.

I remember that little plastic rope!!!! I think we played this when we were older and my mom NEVER won, she could grasp it all. I haven't played that in so long I can't wait for my boys to be old enough to play!

I never played Clue that much growing up. I'm sure I would have loved it. We were more of outside games players. Or hot potato. I think my parents thought board games were a waste of money or something.

I loved clue too! It took me awhile to actually figure out how to win too, or at least how to play! What a great lesson your dad taught you and you are passing on to your son :)

This is GREAT parenting - we call it "controlled failures." at our hours. Such a great gift you are giving your son! "he can fail over and over again, but if he keeps at it, he will eventually prevail."

Clue was one of my favourites too, and I had all the same feelings about those rooms. I love all the little bits of strategy in the game.

Great post (yay for joining in!) and I love that you carry a lesson with you from this experience.

What a great memory! It sounds like your dad did teach you a lot in those games that has carried over with you now.

I loved Clue as a kid, but the kitchen was my favorite room. On our board, the kitchen had black and white checkerboard tile--very chic.

I applaud you for teaching your children how to lose. We learn far more from our failures than our successes.

Great post. This was my first time participating, too. A little nerve-racking, no?

LOVE Clue! it's so where it's at! Love all of the photos and memories that you captured!